That Was the Week That Was – In Blogs 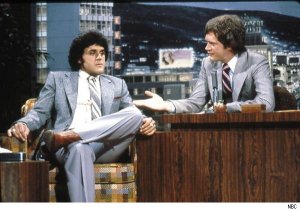 The biggest news in the world of blogs and quite possibly the biggest news of all time is that on Friday, Jay Leno hosted his last “Tonight Show.” After 17 years, he’s stepping down.

Alright – I’m kidding. No, it was the biggest news in the world but it did get plenty of attention. The Huffington Post made a pretty big deal out of it.

Leno seems like a nice guy and he had a good run – so is there any point in asking that questions I’ve asked friends over the years – you know – which one do you watch, Leno or Letterman?

For me it’s always been Letterman. Leno is always down the middle of the road. Letterman dares to have a little more bite. I’m glad Dave is sticking around at 11:30 pm.

It looks like The Huffington Post is in for a little competition. Crooks and Liars told us last week that Tucker Carlson is planning a right-lending blog to compete with Huffington. I can’t wait for this thing to get up and running so I can add it to the blogroll here!

That, of course, is a joke.

Ohio: The heart of it all. Yes come to Cincinnati, the bed bug capital of the world and while here, visit the entire state. Why? Because we are the top emitter of global warming pollution. The Cincinnati Nation gave us this wonderful news last week – so come to Ohio and breathe in our sooty, filthy air – and if you don’t die from it, tell your friends to visit too!

So what do you think of Sonya Sotomayor? Should she be on the Supreme Court? Does it surprise you that the republicans are now in full hunt to kill the nomination? Of course not.

Last week, Taylor Marsh gave us the heads up as to what assholes G. Gordon Liddy and Rush Limbaugh are saying about her and Intoxination told us that when the GOP starts to run out of talking points, they start to question her intellect.

How ridiculous, how typical. When all this bullshit is said and done, we’ll have a Hispanic elected to the Supreme Count and she’ll make a wonderful judge there. Great choice, President Obama!

Speaking of Obama, he ate another cheeseburger last week in Washington and the world went nuts. Wonkette filled us in.

I sent President Obama a letter last week asking which late night talk show he preferred – Leno or Letterman. He hasn’t answered back yet.

In the Living Out Loud column in CityBeat this week, I write about “The Last Real Letter.”

A few days back, I received a letter from some friends in California – six pages, hand written on stationery. I didn’t know they still made stationery. 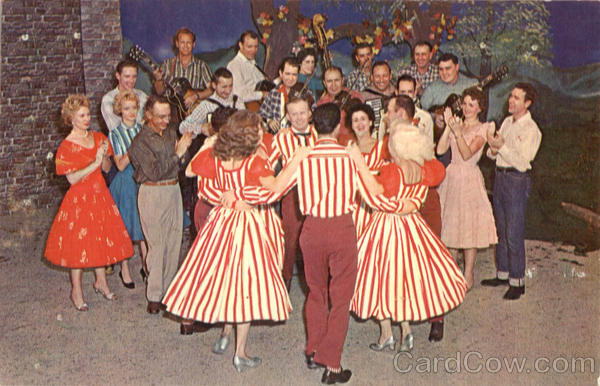 Cincinnati is very much known as a music town, but country music? Once upon a time, oh yeah.

“The Midwestern Hayride” started on WLW Radio and moved to WLWT Television in 1948. Throughout those years, it was often times syndicated to other television stations across the country. To learn the history of the show, click here.

A lot of the show promoted homegrown talent, but many famous guests would stop by – like Red Foley, Cowboy Copas, Dolly Parton, Homer and Jethro and even Willie Nelson. A lot of talent in those names don’t you think?

For the last two years that it was on, hometown boy Kenny Price hosted the show. Want to know more about him? Click here.

Kenny had hit records of his own – like “Happy Tracks.” The video down below is kind of cheesy, but give it a listen.

Doesn’t sound all that country does it? Maybe that’s why I like it.

I actually met Kenny once, right before “The Midwestern Hayride” was canceled in 1972. He was a real nice guy and I felt bad when he passed away.

So there you go, a little history of country music in Cincinnati – and yes, I realize that my age is showing. 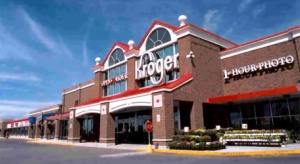 Alright, before I start – Rick, and you know which Rick you are – I know Kroger is more expensive than other grocery stores in Cincinnati, but my daughter is a manager at one of the stores here and I would feel guilty as hell if I made a habit of going someplace else.

Having said that, I found myself at the Kroger store on Ferguson Avenue this past Saturday and some random thoughts came into my mind when shopping. Yes, I’m going to share.

Why the hell is coffee so expensive? I’m not talking fancy brands here – I’m talking Folgers. I paid close to five bucks for a plastic can of it.

I always get the Kroger brand red beans and rice. It tastes much better than the name brands. So does their poppy seed salad dressing.

I decided to get a box of macaroni & cheese. The Kroger brand costs a quarter, but I wanted to go healthy and get something organic. I went with Annie’s Shells & Read Aged Cheddar. Know how much that cost? Two damn dollars. Why is it when you want to eat healthy, you have to pay through the nose?

Every time I get to the checkout lane, the cashier always asks me if I’ve removed the items from the bottom of my cart. Every time I say I need to save money, so I’m going to leave those items right where they are. Sometimes the cashier will laugh, sometimes, I get a stare.

Whenever I ask for paper instead of plastic, I usually get a dirty look which makes me think I should do my grocery shopping somewhere else – but as you know, friend Rick, my daughter works there.

Do You Remember Watergate?

I was a kid in college when this scandal took place. Click here to get a quick education on the subject.

This brought down the Richard Nixon presidency in the summer of 1974 and made stars of Washington Post reporters Bob Woodward and Carl Bernstein – but did The New York Times really know about Watergate first?

According to this report, the Times nearly had the scandal in their grasp. Click here to read that account. Amazing stuff. 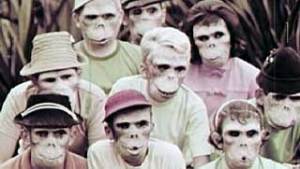 Happy Memorial Day everyone! I guess today is the start of the cookout season or I think I heard that somewhere. Probably a lot of you will be doing that today or, perhaps, will go on a picnic.

Will you be riding your bicycles to the park to go on that picnic? If you haven’t ridden your bike since last summer, maybe you need to brush up on your bicycle safety skills.

Here, let me help you. Yes, the clip down below is almost 15 minutes long, but if it helps save your life, isn’t it time well spent? Give it a look.

There. I’m just trying to help. I hope you took notes.

As for me, I won’t be biking today but will have a little bit of a picnic here at my living space in Westwood.

Chips, dip, vodka, tonic. Sounds like a picnic to me.

That Was the Week That Was – In Blogs 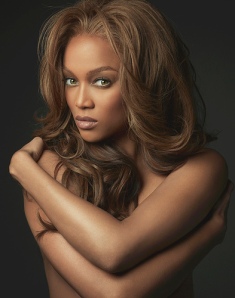 Since I don’t watch a lot of television, I mostly don’t know who’s hot and who’s not. Apparently Tyra Banks is hot.

To my credit, I actually know who she is – watched her talk show once for a few minutes while doing laundry and folding clothes – but I had no idea that she’s the greatest thing since sliced bread.

Last week, The New York Post informed us that starting in the fall, Ms. Banks will be on the CW network 12 hours a week. Man, that’s a lot of Tyra! Come the fall, I’ll make her by “fluff and fold” laundry habit – whatever that means.

I also know who Cincinnati Councilwoman Laketa Cole is and so does she. The Cincinnati Nation reported last week that she got pulled over last Wednesday for a minor traffic violation and while on the scene called two high ranking officials for a little favoritism.

Golly Ms. Cole – can’t you just be like the rest of us here and pay the damn ticket? Why make a big deal out of it – or do you think you are a big deal?

Speaking of big deals, Glenn Beck thinks he is one. He went on “The View” last week and Whoopi and Barbara were a little mean to him and now cry baby Glenn wants “a damn apology.” The Huffington Post fills us in.

Hey Glen, Whoopi and Barbara have nothing to apologize for – but you do. How about saying you’re sorry for that horrible, god awful television show of yours?

Filmmaker Michael Moore went after the health care system in his last film “Sicko,” now he’s going after Wall Street in his new one. Crooks and Liars talked about it last week.

Of course, Moore also went after the Bush Administration in his film “Fahrenheit 9/11.”

Michael, be glad that President Bush has finally found something he’s good at – picking up dog shit. Wonkette gave us that pile of details last week.

And on a sad note, we learned last week that CityBeat’s Margo Pierce is no longer at that paper. At The Daily Beat she talks about the “last one,” the last thing she’ll write for the publication.

The bad news here is that for the past five years, many of us have come to truly enjoy Margo’s stories in CityBeat and now that’s apparently history. The good news is we can still read her in Streetvibes where she writes her column “Eight Minutes.” All is not lost.

Now let me get some laundry started. I wonder if Tyra is on the teevee?

(Photo of Tyra from www.thehotseat.com)