Love in the Office

Posted by Larry Gross on October 5, 2009
Posted in: Opinion. 8 Comments

Because of a wannabe extortionist, poor David Letterman had to get ahead of the story by admitting on his teevee show last Thursday night that he had sexual relationships with some of the women on his staff.

Nope—not going to link to any sites telling the story. If you don’t know it by now, you probably don’t care and I really don’t either.

You know, Dave’s television show has an office staff. Ever heard of sexual relationships going on in an office? Even here in backward Cincinnati, it happens. Yep, I know of some coworkers who have or still are “banging” each other.

With Dave, there doesn’t appear to be any sexual harassment here—just adults attracted to each other. Dave wasn’t married at the time; none of the ladies (so far) were married so there really isn’t much to this. I think the bigger story is this 48 Hours producer who attempted to get two million bucks out of Dave.

I don’t watch 48 Hours, but I’ll continue to watch Dave.

Living Through a Book Signing 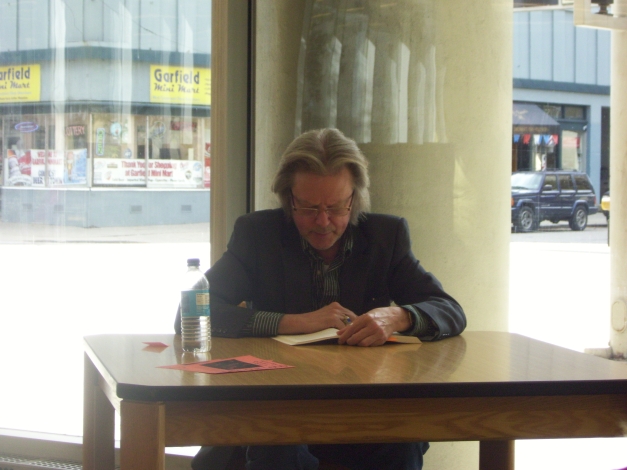 “Meet popular CityBeat columnist Larry Gross as he reads from his new book of collected columns and essays. A book signing will follow.”

That’s what the posters said at the Main Library downtown.

Yeah. Popular. Saying that word out loud usually means the kiss of death, especially at a book signing.

One of the worst things about doing one of these is the fear that no one will show up. I’ve had this happen with the last book. A poorly planned book signing at a bookstore in Northside left me talking to three people who attended. I was so grateful that they showed up, they didn’t have to buy the book—I gave it to them.

But that wasn’t the case at the Main Library this past Saturday afternoon. Pretty much all the seats were taken up and we even had a few people standing. Apparently, the Living Out Loud column is popular.

Another fear I have is that during the question and answer session, no one will have any questions, that they will simply just want to leave. That didn’t happen either at the Main Library. People were interested in the book, in the column, and what I’m currently working on.

So, wow, it actually went well.