Gregory Flannery OUT as Editor of Streetvibes 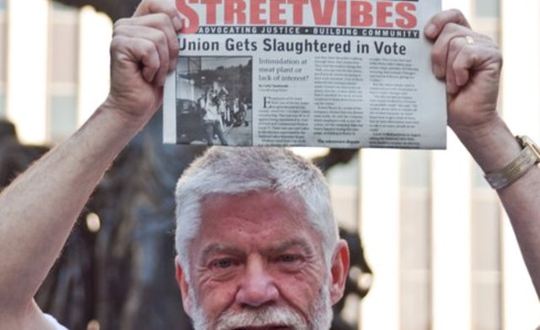 It’s not a secret that Greg Flannery and I are good friends, but I’ll keep my opinion out of this post. I can’t say my opinion won’t slip in future posts.

As of last Friday, Streetvibes is looking for a new editor as Gregory Flannery has been dismissed.

Flannery, who joined the paper in the spring of 2008, took the street newspaper to another level, winning the prestigious International Network of Street Newspapers award for best feature story of 2008. In May of 2009, Flannery went to Bergen, Norway to accept the award.

Streetvibes is owned by the Greater Cincinnati Coalition for the Homeless. Josh Spring, Executive Director, conducted the dismissal. At this writing, he could not be reached for comment.

We’ll do a follow up on this story once Spring is reached.