How will you be spending your New Year’s Eve? I’m thinking of what me and my wife used to do. I say “used to do” as I haven’t been married since May, 1994.

Our first house was located in Colerain Township. Sometime in the afternoon on New Year’s Eve, I’d go to a video store, which one I don’t remember, and pick up a couple movies. It wasn’t as easy as it sounds. Our video player was Beta, not VHS, and movies in Beta were getting hard to find. Sometimes I had to pick up movies that I was pretty sure neither me nor my wife would even like.

In the evening after putting the kids to bed, we would call a Chinese restaurant on Colerain Avenue and order some food. I’d go pick it up, then we would eat that food and watch those movies that I had to get because of that damn Beta video player. Just before midnight, we would get the kids out of bed to ring in the New Year.

In 1990, we moved to Westwood but kept up this New Year’s Eve tradition. Some adjustments had to be made. We got rid of the Beta video player and switched to VHS. Instead of getting the Chinese food at that place on Colerain Avenue, we went to another one on Glenway Avenue. We still got the kids up shortly before midnight.

This was all a long time ago. As I mentioned earlier, I’m no longer married. You can’t find Beta movies anymore and I don’t think you can find VHS movies either. I don’t get my kids out of bed shortly before midnight because they’re all grown up.

I haven’t had Chinese food on New Year’s Eve for a long time but I think there’s a Chinese restaurant on Madison Avenue here in Covington. I think I’m going to call them later and see if they deliver.

This evening I may watch some movies. I’ve got plenty of them on my computer. I’m thinking Woody Allen—something I’m going to like. I may actually stay up until midnight too. I haven’t done this in years.

I’m not sure what the point of this post is. Maybe it’s the fact that nothing stays the same in life and that change simply needs to be accepted. You got to go with the flow. I’ll keep telling myself that.

Happy New Year everybody. You all be careful out there tonight.

She Wanted a Light Bulb

I know I wrote about my neighbor Pam here last Sunday. I promise I’m not going to make it a Sunday tradition here writing about her, but the story continues. Well, kind of.

Pam had the nerve to knock on my door yet again the other night. She acted all nice, had a big old smile on her big old face and pretended like there are no issues between us.

“You wouldn’t by any chance have an extra light bulb?” she asked.

“Sorry,” I replied, “no light bulbs.” I closed the door. Didn’t slam. Closed.

I felt like telling the idiot that maybe it’s all dark in her apartment because she forgot to turn on the light switch but why make the conversation any longer.

I also told Pam a lie. I have a whole drawer full of light bulbs—those new fluorescent kind. I really like them as they tend to last longer than the old type of bulbs.

So now I’m a liar, telling Pam I had no light bulbs, but when it comes to her, I think it’s better to do that than open any kind of door with her. She’s a taker, not a giver. Yes, I’m learning from past experiences.

Poor Pam, sitting up there in her apartment in the dark. What a dim bulb she is.

Posted by Larry Gross on December 28, 2012
Posted in: Food, From the Blogroll, Thoughts. 9 Comments

Tom and Athena Seefurth had done this in the Chicago area with their new Mamma Mia! Pizza Beer. The Huffington Post can give you all the details.

Apparently the beer is steadily growing in Chicago and will soon be available in other states, but I don’t know. I like eating my pizza. Drinking it just doesn’t seem right. 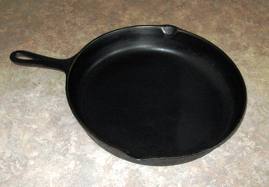 Tom, a neighbor in my building that I actually like, knocked on my door last night wanting to know if he could borrow a frying pan.

I have four or five of them—actually too many. I went to the top of my stove, got a frying pan and handed it to him.

“It’s yours,” I said. “I’ve lost knives, spoons, plates, all kind of kitchen stuff to neighbors who said they would return what they were borrowing, then move away.” Tom nodded his head.

“Don’t return it,” I continued, “but don’t ask me for anything else ever again.” Tom looked a little shocked, but said “Thank you.”

I’m figuring giving him the frying pan will keep me out of the fire later.

Actor Jack Klugman passed away right before Christmas. He was 90-years-old.

Some will remember him for his television series Quincy, M.E., but his biggest role in television was starring opposite Tony Randall in The Odd Couple. Jack was Oscar Madison, Tony was Felix Unger.

I was just a teenager in high school when the show premiered in 1970. I instantly liked it. In the second season, they dropped that awful laugh track and started to do the show in front of a live audience. That’s when the show started to become truly great.

It was never a hit when it ran on network television—lasted five seasons. When it went into syndication, that’s when the masses found it. I remember being in New York City where a T.V. station there was airing back to back episodes every night. Finally, it was a hit.

The video clip up above is classic Felix and Oscar. Felix makes it very clear to his roommate  how he likes to drink his juice.

Tony (Felix) and Jack (Oscar) are both gone now and the world is a little sadder because of it.

Posted by Larry Gross on December 24, 2012
Posted in: Family and Friends, Thoughts. 9 Comments

Usually around this time of year, I start to think about how many Christmas words I’ve written—essays, short stories, columns, etc. I think about it maybe for a minute, then go on to other things. I mean, it’s not really that important

This holiday season, I decided to think about it for ten minutes instead of the one. I think to myself I haven’t written all that much about Christmas but actually, I’ve done a fair amount of it.

Maybe you’re noticing I’m not mentioning any titles. Titles often change and I can’t remember all of them—but this is one I remember.

“Looking for the Joy,” was a CityBeat column placed there in the December 10th, 2008 edition. It’s about the last Christmas I spent with my twin brother back in 1993. This is the one story that I think I told exactly the way I wanted to. That doesn’t happen often with me.

As for tomorrow, I hope it’s whatever you want it to be. I’ll be back here on Wednesday. 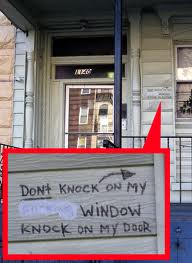 Here in downtown Covington, Kentucky, I live on the first floor in my apartment building. I have the first window that people see. Other tenants knock on my window, so do strangers, so do the police, etc. You already know this as I’ve written about it before.

The other day as I was working, I heard yet another knock on my window. I looked out and recognized the guy. It was Pam’s boyfriend.

I’ve written about Pam also here before. If you’ll remember, she wanted to know if I have rolling papers one day and stole my Bic lighter on another day. I’m not a big fan of Pam—but there was her boyfriend at my window. I assumed he had forgotten his key. Of course I would assume that. Everybody in this building where I live forgets their goddamn key.

I went to the front door and let the idiot in. He didn’t say thank you. I’d be shocked if he had.

Working on a column for CityBeat, I wasn’t paying much attention to what was going on above me in the other apartments. Generally, I try to mind my own business. Some of the other tenants in my building don’t make that easy for me—something else you already know.

Some time had passed and there was a knock on my door—not my window. When I opened it, there stood Pam

“Why did you let Ronnie in?” she asked.

“What do you want me to do about it?”

“Well, because of you, he came in and took some money,” Pam said. “He also took my last pack of cigarettes.”

“Don’t turn your problem into my problem,” I said. “You should have gotten your key back from him.”

“You got some cigarettes you can give me?”

“Jesus Christ!” Pam replied. “Can I borrow a couple bucks so I can go get some?”

“You must be joking,” I said. “I should give you money so you can buy cigarettes to light with my lighter?”

“What? I don’t have your lighter,” Pam said, lying.

“You’re full of it,” I said. “Stay away from me and tell your idiot boyfriend to stop knocking on my window.”

“He’s not my boyfriend,” Pam said.

“He probably will be again soon,” I replied. “I don’t want any part of him or you.”

“Get away from my door and out of my face or I’m calling the cops. You want that?”

“I didn’t think so,” I replied. With that said, I slammed the door shut.

Shortly after my exchange with Pam, I called my landlord to let him know what was going on with my neighbor Pam, her ex-boyfriend Ronnie and me. My landlord knows me—knows I’m normal. Why he rents to other tenants who aren’t is a question I really need to ask him.