Posted by Larry Gross on May 30, 2014
Posted in: Food, From the Blogroll, Thoughts. Tagged: Starbucks. 8 Comments

Maybe you’ve already read about this—this guy who goes into a Starbucks in Dallas, Texas and orders a $54 drink. If you haven’t read about it, Gawker can fill you in.

I’m trying to remember the last time I even sat foot in a Starbucks. It could have been the last time I was in Seattle, but more than likely it was in Downtown Cincinnati. I know there’s one here in Covington but I doubt if I’ll ever go inside it.

Drinking at Starbucks: It’s always been expensive. Think I’ll continue to drink my coffee at home.

Zap Ems. I’m talking those cheap Michelina’s frozen dinners. They’re 99 cents each most places. A little more down at the corner of happy and healthy here in Covington. I’m talking about Walgreens—of course.

Usually I like to cook for myself but I’m not always my usual self. Lately I just haven’t felt like it. I mean I’m dirtying up a bunch of dishes just for me.

Something has also been a bit “off” about my stomach lately. Sometimes I don’t feel like eating when I really should be. Nothing sounds good—but Michelina’s stir fry rice & vegetables always sounds good.

Whenever I go down to the corner of happy and healthy, I’ll pick up a couple of those stir fry frozen dinners. Usually by the end of the day, they’re both gone.

This isn’t something I’m proud of. Some years back—back when I was living in Westwood over in Cincinnati—I became addicted to Michelin’s home-style macaroni and cheese. I would have the stuff at every meal. This went on for almost a month.

I hope this current “pattern” with the stir fry rice and vegetable goes away soon. I feel odd taking out my trash—don’t want anyone to see all those Michelina’s empty boxes. Yeah—need to “zap” this bad habit right now. Maybe I’ll go back to the macaroni and cheese.

Let me be clear right off the bat. I’m a stick in the mud. Oh, right. Most of you already know that.

Let me also be clear that I have nothing against Jimmy Fallon at all. Often times he is a very funny person and he’s much better at hosting “The Tonight Show” than Jay Leno ever was. Having said that, he’s no Johnny but who the hell is?

I just want to say, and this is only my opinion, that I’m getting a little tired of the games Jimmy Fallon plays. Isn’t “The Tonight Show” a mostly interview type show? Why is it turning into something pretty silly?

Maybe it’s what people want to see. Again, I’m a stick in the mud, but I can’t ever see Dick Cavett resorting to this kind of stuff.

And just so you know—I shall return here on Thursday.

“Canada” is one of Ford’s finest novels and was on the New York Times best seller list for many weeks. It has received several writing awards, including the 2013 Prix Femina Etranger—a French award for best foreign novel. “Canada” is an epic novel and a long book. That wasn’t Ford’s original intention.

To read “Richard Ford’s ‘Canada’: The Long and Short of It,” Click here.

The State of the Farm 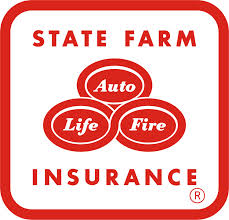 I’ve been in my current apartment here in Covington, Kentucky for about 16 months. Almost as soon as I moved in, I started getting mail—mail from State Farm Insurance.

I’m not talking e-mail here. I’m talking real live letters from State Farm wanting me to purchase auto insurance from them. Somehow they still think I drive a car.

I hear from them about once a month. The letter—actually a form letter—comes from their Indianapolis office.

Around six weeks ago, I did something I thought I would never do. I responded to one of their form letters. I called State Farm. I got to thinking these letters were killing trees and I wanted them to stop.

I waited on the line until I got a real live person and that, of course, took a while. Finally, a lady came on and I told her I no longer drive a car and to please stop sending me letters about automobile insurance. The lady thanked me for calling and told me she would take my name off their mailing list.

Now I know State Farm sells other kinds of insurance, some of which I might be interested in, but the lady didn’t volunteer any of that information. I guess she wasn’t an insurance agent.

If you’re guessing that I still get those form letters from State Farm about auto insurance, you would be guessing right. My phone call hasn’t saved any trees at all. In fact, it seems like I’m receiving even more mail from them now.

I wonder if I did have auto insurance with State Farm if this would be the kind of response I’d get if I filed a claim with them. I have no intention of finding out.

I play my little old mandolin 15 to 20 minutes a day. I never play any longer than that, but I never, ever miss a day.

When I tell people my ritual, some will ask me, “Are you any good?” Those who really know me and my music history throughout the years, will understand my reply when I say, “I no longer have to be.”

Here he is with Chet and other friends playing “Muskrat Ramble.”

An Interesting Article on Mitch McConnell

Senate Minority Leader (R-KY) Mitch McConnell beat his primary challenger Matt Bevin easily on Tuesday. I don’t know if anyone was shocked by this or not. I wasn’t paying much attention to it.

Let me just say I’m not a fan of Mitch McConnell. I mean he didn’t stop me from moving here to Kentucky, but I’m not proud that he “represents” me here.

Having said that, I did find an interesting article on McConnell on CNN’s web site—“How Mitch McConnell Crushed the Tea Party.” I could never write anything interesting about McConnell, but Peter Hamby at CNN did.

Ramen Noodles—Right Next to the Dollar Toothpaste

Down there at the corner of happy and healthy—the Walgreens on Madison Avenue here in Covington—in the middle of the store, there’s a big ass display for Ramen Noodle Soup. You can get four packs of the chicken flavor variety for a dollar. The display is right next to the display for various types of toothpaste. You can get a tube of it for only a buck.

Actually when it comes to the noodles, I’m lying now. Up until last week, you could get four packs of it for a dollar. Now you can only get three.

“What’s going on with the Ramen Noodles?” I asked a clerk.

“Last time I was in here you could get four packs of it for a dollar,” I said. “Now, it’s three packs for a dollar.”

“No it’s not,” I said. “Even at four packs for a dollar, you can get it cheaper at Kroger.”

“The beef Ramen Noodles taste better than the chicken,” I said. “Did you know that?”

“The shrimp flavor noodles tastes like cardboard,” I said. The clerk didn’t answer back.

I grabbed a tube of dollar toothpaste—which was right next to the Ramen Noodles—and left. 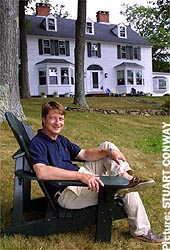 So many of the writers that I read and admire live in the New England States or lived there until they died. Stephen King, Richard Ford, Kate Christensen, Ann Beattie—just to name a few—are still alive. John Updike and J.D. Salinger are not. You get the idea.

I want P.J. O’Rourke’s house. Chances are I won’t be getting it. Richard Ford has a beautiful home in East Boothbay, Maine. Maybe I can get that one.

Maybe I can just stay here in Covington.

Regardless of where I am, I’ll be back here on Wednesday.

Over there to the right, I have my email address. I put it there in case any of my readers want to contact me directly or have a news tip for me or whatever. Some of you have contacted me there and I have no problem with that at all. “Others” have contacted me also. “Others” usually want something from me.

For just a little bit of money, per month, “others” can bring more traffic to this blog, can position it better on Google and/or Yahoo, can promote it on other web sites and so on and so on.

Forget it, “others.” You’re wasting your time with me.

Look. This is a regular WordPress blog. You know how much it cost me per month? Nothing. Five times a week, I put up fresh content here—some of it is original and some of it links to articles I’ve written elsewhere.  There are also links to order the books I’ve written. If I make any money on this thing at all, it’s from readers ordering my books.

I like some of the things I’ve written here and some things I haven’t. I mean, it’s a blog and it’s going to be hit and miss, but to the reader, it’s always free. You take the good with the bad.

“Others” want to bring more traffic here. While I don’t have a zillion readers, I’m happy with the ones I’ve got. I seldom ever think of the stats.

So, dear reader, feel free to contact me at that email address over to the right. “Others” can do that do, but they shouldn’t be shocked if you never get a response from me.