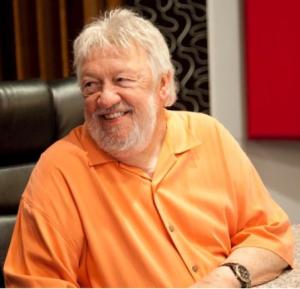 He truly was a Nashville Cat. Larry Butler wasn’t a great singer and never had his own hit records but he was a great piano player, songwriter and record producer.

My brothers and I knew him as a piano player many years ago (yep, this is another post about my young Country Music life). We met him at our first recording session. Don’t ask me the year, because I don’t remember. I’m guessing the mid 1960’s.

What I do remember is that this was in the recording studio at Cedarwood Publishing on Music Row in Nashville and it was late at night—something like one o’clock in the morning. My brothers and I had never stayed up that late before.

We recorded four songs and as the sun was coming up, finally the recording session was over. We were tired little boys.

Larry Butler played piano on the session, led the arrangements—all that. You might as well say he was the producer of the session as the actual one didn’t seem all that interested, or at least that’s what I remember.

I wish I still had that picture my mother took of Larry standing by the piano and smiling. He was as nice as he could be.

The clip down below gives you some of his history as he talks about just one of the great songs he helped write. If you’re an older person like me, I think you’ll remember it and if you’re younger, you still might know it. Oldie radio stations play it all the time.

If there’s a special heaven for Nashville Cats, Larry’s there playing piano or writing songs or producing records. Hell, it’s probably all of the above.

Common Themes at the Bus Stop in Front of the Walgreens in Covington, Kentucky 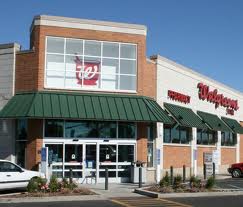 1)     People asking for cigarettes (leave yours at home).

3)     Meth addicts wanting to make conversation (best to walk away).

4)     People wanting to know if they just missed the bus (we can handle this too).

6)     People wanting to sell you bootlegged DVDs (even if you do, say you don’t own a DVD player).

8)     People making conversation to see if you have any pain pills (best to say no).

10) Prostitutes looking you over (you may be a cop).

Gary David Goldberg Did Work to be Proud Of

When I think of television network sitcoms—and I don’t think about them very often—I wonder if the people who put these shows together are proud of them, especially the writers. I mean the people who write “Two and a Half Men,” do they think their work is good? They can’t, can they?

Now I’m thinking of Gary David Goldberg. On television, he did work to be proud of. He passed away last Saturday.

Among other shows, he was a writer on “Lou Grant” before creating the situation comedy “Family Ties.” This was back in the 1980’s and he wrote a lot of those shows himself. This sitcom stood out as a cut above the rest of the crap. Most of the time, it was pretty smart.

When the show was on the air, I wanted my life to be like “Family Ties.” There’s no point in me writing about that here as I already did that back in 2011 in CityBeat. What I said there is true. Life isn’t a sitcom.

Some years ago, the cast of “Family Ties” did a reunion interview on “The Today Show” and Mr. Goldberg took part in it. Just for the hell of it, I’m going to put it up here.

Mr. Goldberg, you did good work. In the world of television network sitcoms, I wish there were more people like you around to make it better.

Simon Cowell Has a Problem

For a period of time, I got interested in those talent shows on television. Don’t ask me why—I just did.

I watched “American Idol” and also “The X Factor.” I watched a clip once of “The Voice,” but I didn’t like the chairs turning around. Call me silly.

I’m not watching these shows anymore, have outgrown them, but I do think Simon Cowell has a problem coming up in September.

To me, “The X Factor” no longer has the x factor. If you want to get my reasoning on this, you can click here.

Now I’m off to YouTube—have “Judge Judy” clips to watch. I’ll be back here on Thursday.

Up in the Air with No Toilet Paper

Posted by Larry Gross on June 23, 2013
Posted in: Musings, News, Question of the Week. 7 Comments 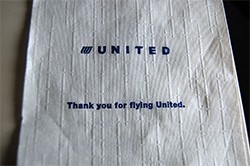 OK. I guess this is news.

On a recent flight from San Francisco to London, United Airlines forgot to stock toilet paper. Passengers had to use cocktail napkins or paper towels to wipe their behinds.

Granted, this is not good press for United which was recently voted one of the worst airlines in the country, but at least the staff remembered to bring the alcohol on board. I mean, it was a 10 hour flight. What would one do without those little bottles?

This “news” got me thinking if I’ve ever done “No. 2” on an airline. I don’t think I have but one can’t remember every little detail in one’s life.

I guess it would be uncomfortable to be up in the air with no toilet paper. Just to play it safe, on my next flight, I’m going to put a roll in my carryon bag. You all should do the same.

Actor James Gandolfini died Wednesday at the age of 51. Most of you probably already know about this, but you know me. I’m usually a day late and a dollar short.

When I read about it, I felt shocked and then sad. I don’t know much about Gandolfini at all, but with that face of his, he seemed like a nice guy. I’m going to keep thinking that.

Like a lot of you, I knew him best as Tony Soprano and just like my typical self; I got to the party late. I didn’t start watching “The Sopranos” until after the series was all wrapped up. Better late than never.

Of course Gandolfini did much more than play Tony Soprano and Gawker has put together some of his greatest hits. Yes, I’m sharing. It’s pretty good.

. . . and we’ll leave it at that for today. Everybody have a great weekend. We’ll be back on Sunday.

(Photo from The New Yorker)

From out of nowhere, yesterday morning, that’s how I started greeting people. Not “Hello,” “Hi,” not even “How ya doing?” I started saying “Howdy.”

Every time I said it, I hated it. Still, as the day went on, as I kept running into people I knew and even those I didn’t know, I kept saying it.

Years ago, I worked for a machine tool manufacturer in Cincinnati and the controller I worked for would say it quite often. It was pretty much his standard greeting. Again—decades ago. Now I’m saying it?

It’s still morning as I write this. I haven’t been out and about yet, but the goal and objective is not to say this word. It doesn’t make any sense for me to be saying it. I don’t even like the word.

Jesus, Joseph and Mary. The things in your head and the crap you put up with when you get older.

OK. I’ll start counting my blessings. So far, when I’m done talking to a friend or someone else I meet on the street; my standard ending is “See you later.” If I ever start saying “Ta ta for now,” which I have heard a few people say, then I will check myself into a mental institution.

The Tiffany’s of Airports

The Cincinnati/Northern Kentucky International Airport is looking to get some cheap flights to eight hot sites or cities. Yep, some actual low-cost carriers may be coming here.

Huh? What’s this all about? That’s not like our airport at all, but I’m telling the truth. Click here to realize I’m not making this up.

The expensive airfare here has to do with Delta Airlines. They don’t like low priced competitors and will do everything in their power to drive them away from Cincinnati.

When it comes to Cincinnati and Northern Kentucky, Delta is really when you are. In other words, Delta is more than ready to take your money.

I remember years ago flying to Seattle, one of my favorite cities, out of the Cincinnati Airport using Vanguard Airlines. I got a really cheap flight. Coming back from Seattle was a bit difficult as Delta ran Vanguard out of business the week I was there. Coming back, I had to take three different planes to return to Cincinnati. Oh, what a good time that was. No, not really, not really at all.

I hope cheap flights do come to our airport and that Delta leaves those low-cost airlines alone. They shouldn’t be a bully here and let’s face it: Our airport is not Tiffany’s. It’s just a damn airport that should serve its customers at a reasonable rate. Let’s get some low priced flights here so we can stop driving to Dayton or Louisville. That’s a joke and our local economy could use the money. 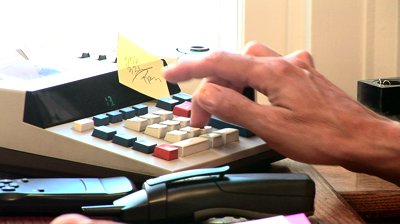 A lot of you have followed me for years (thank you) and a lot of you already know that before I became a writer, I was an accountant. I considered this taking care of business.

This is how I made my money when my kids were little and when my wife (now an ex) and I were raising them and putting them through school. I (we) could have never done this if I was writing sentences instead of using a calculator and adding up numbers.

I love doing what I’m doing now, but the accountant’s mind is still in me. What’s that saying? “Old accountants never die, they just lose their balance.” Actually, I think that’s more of an old joke than a saying.

Being a writer doesn’t exactly pay a lot of money, so I’ve kept my hand in accounting work but that hasn’t been easy. Some potential employers take one look at me and it’s all over before it even starts.

I recently wrote about this for Yahoo! Finance. Here’s “Health, Money and First Impressions.”

I’ll be back here on Wednesday.

Fishing and My Father

Posted by Larry Gross on June 16, 2013
Posted in: Family and Friends, Thoughts. 4 Comments

The photo I’m using here was taken in Idaho. I don’t think I’ve ever been to that state and I know for certain I’ve never fished there. I think all my fishing has been done in the State of Indiana. That’s where I was born and raised.

A better title for this post would be “Fishing with My Father,” and I have been fishing with my Dad, but it wasn’t a pleasant experience so why write about it on Father’s Day?

My father liked to care for his fish and not necessarily catch them. I wrote about “My Father’s Pets” in CityBeat way back in August of 2005. That’s what I’m sharing with you this morning.

Happy Father’s Day to all you dads out there. I’m one of you.