Wanting Things to be Different

This happened on one of those nice afternoons in April. I was leaving the Kenton County Library on Scott Boulevard in Covington, Kentucky and they were coming in.

It didn’t take me long to figure out they were twins. No, they weren’t dressed the same, but they looked exactly alike—graying black hair, round faces, slim noses and high cheekbones. I’m guessing they were about my age, in their early 60’s.

“I don’t see many twins going into this library,” I said with a smile on my face. They smiled back and we stood and talked for a minute outside the entryway.

To read my latest column in CityBeat, “Pretending,” click here.

See that wall? It’s to the left of my writing table in my studio apartment in Covington, Kentucky. Have you counted the pictures yet? I’ll do it for you. There are 14 hanging up.

My son took a picture of this wall a couple weeks ago. Since that time, two more have been added. Now, on that wall, there are 16 pictures.

I’ve always been like this—have always liked pictures hanging up of family and friends. I add to my walls of memories all the time.

On the wall facing my writing table, I have 18 “frames.” I can’t say picture frames, because some of the things hanging on that wall are writing awards or service awards or posters of events I want to remember. Of course, there are pictures there too.

Outside of the photo I’m sharing here, I got two other walls full of pictures of family and friends.

For a long time, I didn’t feel like I had enough photos of my father on my walls. I’ve corrected that over the past year or so.

Sometimes I wonder when I die who will get my walls of memories. Will anybody even want all those picture frames?

They’re included in my will. I’m not telling who is going to get stuck with them.

(Photo taken by my son) 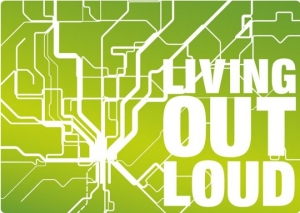 Despite the fact that I’m getting older, I still have a pretty good memory. One day last month when walking home from the corner of happy and healthy—that’s the Walgreens in Covington, Kentucky—I heard someone say, “Hello, Larry.”

We had the light, but we were also in the middle of the street. I stared at the man for a few seconds before saying, “Al?”

To read my latest Living Out Loud column in CityBeat, click here.

An Historical Home Tour of Covington Kentucky from EconCat88

I don’t know who EconCat88 is, but I came across his video on YouTube over the weekend and I kind of like what he’s done here—showing us a lot of the great old homes in Covington, Kentucky. What the hell. We’ll just make it our post for today.

This was shot in February of this year. See that snow on the ground? Do you miss it? I didn’t think so.

I’ll be contacting EconCat88 soon. Maybe we can get a video tour of the corner of happy and healthy here in Covington.  You know, Walgreens.

Just Having a Little Fun in St. Mary’s Parking Lot 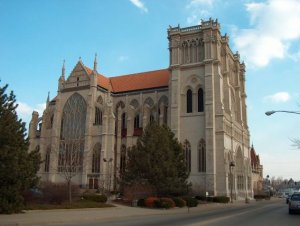 I’ve said here before that the view from my window in the apartment I’m in here in Covington, Kentucky is St. Mary’s Cathedral Basilica of the Assumption. It is a dead on view. If you were a religious person, you would probably pay extra to get what I have. I’m not religious and I didn’t pay extra. It was just dumb luck.

Sometimes when I look out my window, I’ll see cars and people in the parking lot of St. Mary’s. They’re looking at the cathedral with their cameras taking pictures. I can tell they’re serious about it, because they’re not using the camera on their cell phone. They’ve got the real deal and I understand that. You don’t see a church like that every day.

Also, every once in a while when I’m heading down to the corner of happy and healthy (Walgreens), I’ll cut through St. Mary’s parking lot. On occasion, I’ll run into people who are out there with their cameras. Sometimes I’ll approach them.

“Where would you like me to stand?” I’ll say.

Some people know that I’m joking. Some look at me like I’ve got two heads. One time, an older couple with a camera let me get into the picture. They got my tiny little joke.

What the hell. I mean it’s not like I’m trying to hurt anybody. I’m just having a little fun in St. Mary’s Parking Lot. 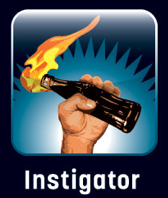 One afternoon last summer, we took an elevator ride together up to our floor. Dead silence all the way up, of course. When we reached our floor, I turned left and Beverly turned right. As she headed towards her apartment, Beverly, ever so slowly, uttered this word just loud enough for me to hear: “A-s-s-h-o-l-e.”

To read my latest column in CityBeat, “The Instigator,” click here. 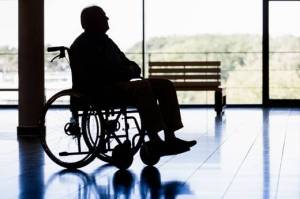 A version of this story was posted on Facebook on February 24th, 2014.

There’s an older man who lives in my building just down the hall from me. If we’ve told each other our name, I don’t remember doing it.

I’ve seen him in Covington, Kentucky ever since I’ve lived here. Even in the spring and summer, he always wears a lot of clothes. He sort of has a mean look on his face a lot of the time. I’ve been told that myself in my life, but I’m not mean and he’s not either.

It used to be the man would walk around in Covington on crutches. Now, he’s in a wheelchair.

He’s an odd one when it comes to that chair of his. He never uses his arms and hands to get those wheels moving. He shuffles around in it with his feet. Those feet are always moving. He’s a fast shuffler.

When we had all that snow earlier this month, I’d see him outside shuffling out there on Madison Avenue, right there in the street in his wheelchair, cars going around him. It made me nervous to watch, but he was just doing what he had to do.

He has a bit of a southern accent to him. He’s always as nice to me as he can be and he never whines about his situation. Never. I can probably learn a thing or two from him, but first, I need to find out his name.